Mexico re-articulates the March in its territory 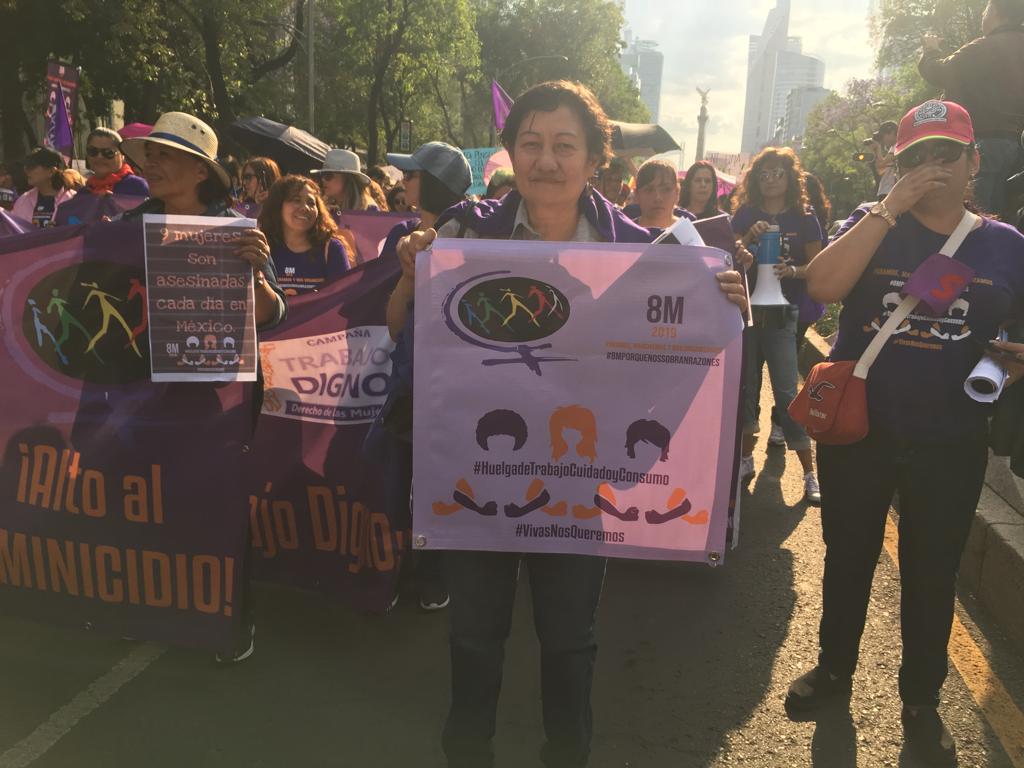 In the central area of ​​the country, the Workers National Union, leaded by its vice president Martha Heredia, is coordinating the World March of Women. The WMW in Mexico, in an effort to re-articulate, is part of the Gender and Economy Network, participates in the National Feminist Front and is part of the M-8 Movement, a coalition of organizations that carry out training activities, rallies and agree on various women’s political positions.

In western Mexico, women from the capital and southern Jalisco are being invited to join the V international action of the WMW. The articulation as WMW at the national level has been difficult, since each state of the Republic has its own particularities and the budgets for women's activities and national meetings are more restricted, making it difficult to establish a common agenda.

In Mexico, the fight against violence against women continues, however feminicides are painfully increasing. In recent months, there was a strong visibility of cases of harassment and sexist violence, through social media. The precarious labor continues and there’s the challenge of the republican austerity of the new government, which has restricted budgets in the health sector, in children's day-care, in shelters for women who suffer violence, and for civil society organizations. However, it is not all bad news, finally the rights of domestic workers were recognized, unanimously approving reforms in the Labor and Social Security law, to guarantee them social insurance, contract, vacations, and other benefits. The struggle to put into practice what is written on the paper is coming.