The technical team: A space for learning and collective building 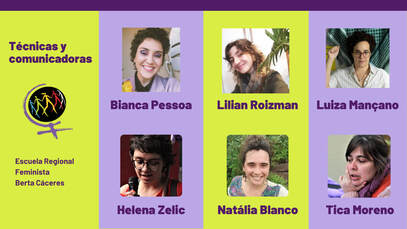 The School is a space for learning and building in multiple dimensions, one of them is in managing technology that allows to connect the participants in a virtual time and space and carrying out collective activities. The technical team composed by militants from Brazil, Guatemala and Cuba has taken on this challenge.
Technical tasks are developed from political reflection, are informed by the cumulative efforts of the World March of Women in the critique of large tech corporations and on proposals like the democratization of the internet, technological and digital sovereignty.
It is also a collective and collaborative work of organizing the virtual space to make it friendly and as accessible as possible.
Luíza Mançano, from the team, shares her experience: "we face different technological realities and thanks to joint and solidary action we can, for example, to respond to the imperialist blockade of Cuba that impedes the use of hegemonic technological tools.” According to her, the technical task "involves some challenges that we face collectively.”
Cuban educator Camila Guerrero Calcines, member of the Dr. Martin Luther King Jr. Memorial Center shares:
“I have experienced the Berta Cáceres Feminist School from the area of communications, promoting other skills in the overall development of WMW members at the regional level. It has been an enriching experience in which technical knowledge has been improved…
The School has shown its capacity to implement this possibility under the logics of consensual virtual spaces. Sharing tools that make it possible to generate skills among the participants.”
One of the great victories of the school is to break the blockade imposed on Cuba and give full participation to the Cuban delegation.

A school in 4 languages: Language justice 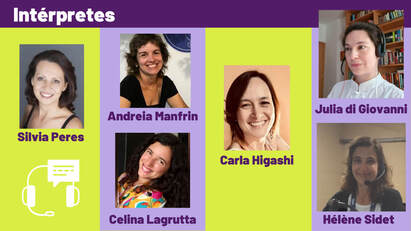 Providing as many people as possible with access to talks, content, and support materials in their own languages is how the Berta Cáceres Feminist School honors the WMW's principle of language justice.
The group of interpreters is located in Brazil, they are part of the school’s technical support and their mission is to guarantee access to the accumulated knowledge that the movement has on the continent, and to facilitate communication between regions as geographically distant as Quebec or Argentina or realities as diverse as that of the French-speaking Caribbean and Brazil, to name one country on the mainland.
The organizers of the school are aware that there is still a long way to go to achieve language justice, because there are many languages of our continent that we leave aside due to technical and material limits, privileging the languages of colonization, but we assure that thinking about language justice and about continuing to advance in the inclusion of languages are daily within the movement.