Challenges of a Reorganizing Movement 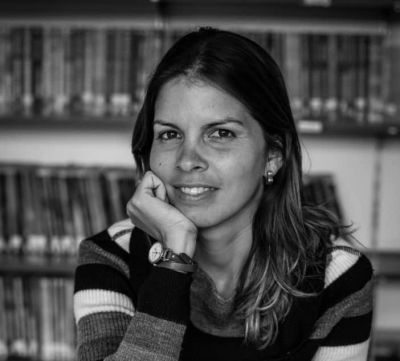 Image taken from Cubainformación
The Cuban Chapter of the World March of Women (WMW) is reorganizing and making updates by taking on new challenges of care with a militant lens.
According to one of its members, Maura Febles Domínguez, the return of women to staying in private space has, first of all, a symbolic charge of "a woman’s place is in the home", with all that this implies at the level of imaginaries, of perceptions, of the everyday life in which sons and daughters are growing up… etc.

For Febles Domínguez, who is a researcher at the Cuban Institute of Philosophy, Cuban women are protagonists on all fronts of resistance, first with the experience of facing 60 years of blockade and all its consequences, not only economic ones, that it has had in the lives of generations of Cubans, in terms of reinventing everyday dynamics over and over again in responding to precariousness; they are in the leadership of the country, in the results of biotechnology that made possible the 5 vaccine candidates that we have today, and they are also protagonists in the burden of domestic tasks and care that the pandemic exacerbated for more than a year.

She adds that the fact that the participation of Cuban women in the public and decision-making space has also increased in recent decades, implying an increase in the double and triple labors of domestic, community and life care work, means that there are still many challenges to address in the conceptualization and proposals about the redistribution of reproductive work in Cuba. “Taking feminism in hand as a useful working tool for transformation towards a better and more inclusive country implies building links between areas that are usually not connected. What happens in a context like this if women are mostly not the owners of private businesses but informal workers? What happens if they get pregnant while they hold those jobs? What happens if, in a state job, labor relations are established without taking into account situations of care and they maintain dynamics of violence now transferred to the tele-work space?

Maura continues with an invitation: “Let's just think for a moment about the many variables that cross these situations of territory, race, age, that lead us to ask ourselves more questions about who are the women who are teleworking, which families do not have the material conditions, the space and time to take on the education of the children in the household, or how a single-mother family can dedicate several hours of the day to arranging the essential resources for life.

“Let us also think, in our case, how much more women are affected, since they are mostly the ones who carry the home dynamics, when the economic crisis, reinforced a thousand times by the pandemic and other problems, demands more time, resources, efforts to perform the same activities as before. The implications point to a general decrease in the level of family nutrition, but particularly of women, who sacrifice themselves to better feed minors or elders, and a considerable reduction or omission of time for self-care, leisure and rest for them.”

“It means that it is a subject that needs to be studied from different perspectives and proposals. It is also a time of opportunity to expand the generally held notion of care and contribute to a proposal of shared responsibility involving links between different types of care and not just those created by families. For this it is essential to integrate institutions, markets, communities and productive experiences as being responsible for the sustainability of all people's lives. Breaking with the separation of productive and reproductive spaces. The latter has a greater implication, as it takes us to the "hard" terrain of the economy, in a commitment to build solidarity economies, collective processes of self-organization, and initiatives capable of increasing autonomy from the market.”

According to the researcher this idea of bonding, of interrelationship, rather of interdependence, has been key for the WMW in that bidirectional purpose stating that the feminism we want consists in changing women's lives to change the world, and in changing the world to change women's lives, in the same movement. “The WMW as a collective has at its center the deep commitment to the transformation of society, to the struggle for the end of capitalism, patriarchy and racism, and against manifestations of inequality and discrimination of any kind in any territory. In this effort it has been and will continue to be very useful to have from the march, with the various actions that women themselves have carried out in this time, through their support networks, both formal and more spontaneous and which have dealt with protecting and supporting victims of violence, territorial productive strategies for food sustainability in neighborhoods with less access to food, community initiatives for popular participation in the processes associated with the prevention of contagion, among many others.

“The greatest challenge we envision as the Cuban Chapter and in general for all that the WMW represents is the question: How to continue with a feminist movement in the new dynamic imposed by the pandemic that implies an ethical, methodological, organizational rethinking in the context of a greater demand for access to technological resources? Thinking about reorganizing the way we have acted so far is a challenge in itself, besides being a situation that keeps us in uncertainty, and that could remain so for a long time.”

“For the time being and more specifically for Cuba, it is urgent to link tools and experiences that contribute to the accompaniment of economic reordering from a gender and feminist perspective, with a focus on the issue of care, but not its only focus; to assume modes of production and reproduction of life as the main criterion of distribution, recognition and social inclusion.”