Expectations of a New Plurinational and Parity Magna Carta 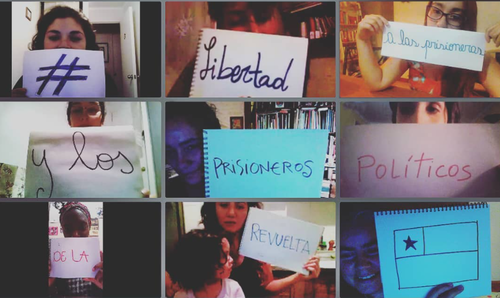 Once upon a time there was a social uprising in a long strip of land located between sea and mountains, at the southern end of our planet, where thousands of people of all ages took to the streets to protest the great inequalities between social classes differentiated as rich and poor…

Perhaps this is show the story will begin in a distant time, which speaks of Chile in times of COVID-19, the pandemic that struck and added up to thousands of deaths in all regions, that exposed the social inequities of neoliberal governments that adopted capitalism as an economic system, and that generated millions in profits for a few citizens, in contrast to the poverty and degradation of villages and families who had to leave their homes in areas where extractivism of mining resources and exploitation of marine and land assets took hold.

As you can see, reality often trumps fiction. And in this story that started with the high school students who started the social revolt by jumping the turnstiles, together with the anti-colonial, anti-racist, anti-patriarchal feminist movements, a unique period in the history of Chile began. Of course, there was no shortage of the usual opportunists who, under pressure and using the concepts of peace and national conciliation, negotiated a solution to the political crisis that had Piñera's neoliberal government dancing on a tightrope.

Despite the unequal fight, despite the pandemic, despite the state of emergency and the militarization imposed on the country, the people voted in favor of the Constitutional Convention that was to designate 155 seats to discuss and deliberate on a new Magna Carta. Of that total number of seats, 17 reserved seats were subsequently negotiated and obtained for indigenous peoples. And not only that, this election for a Constitutional Convention had to respect gender parity, a difficult task - we feminists said - but not impossible. And we took on the hard fight to raise awareness that the road ahead would be rocky. Traditional political parties opportunistically declared themselves feminists and some women in those parties complied with the decisions of their leadership as in the ancient times of patriarchs who imposed social and political norms on their peoples.

But those ruling and opposition politicians did not count that the people accumulate experiences and heal their wounds, despite the fact that the political prisoners of the revolt are still imprisoned and not forgotten, at least in the decisions of the social movements that year after year have been denouncing the injustices of the system. For them, strong independent candidacies emerged outside the traditional party arrangements.

With these elections, the center-right did not achieve its intention of controlling one third of the Constitutional Convention, since it was surpassed by the lists embodying proposals for transforming the system through independent groups, who also surpassed the center-left, leaving the former coalition as the fourth force in the Convention. The People's List won 27 seats, the Frente Amplio-PC pact, 28 seats, 7 seats for independent regional lists and 17 seats reserved for indigenous peoples, of which 12 are women, standing out among them the Machi Francisca Linconao, Natividad Llanquileo y Elisa Loncón. In addition, the new Chilean Constitution will be drafted through a parity Convention, composed of 78 men and 77 women. In fact, more women participated in the electoral process and the parity mechanism had to act in favor of the men.

These historic elections in Chile changed the reality of the political forces and showed that today the right is a minority in the country. These new opposing forces will put a new nuance to our story; they will have the task of putting an end to the constitutional obstacles in Chile in order to put an end to the subsidiary State, restrict the extractivist economy, install plurinationality, deepen labor rights, change the social welfare system, recover common goods, guarantee women's rights and dissent among other demands raised persistently in public marches and demonstrations.
Social movements and organizations, for our part, will be observing and monitoring that this process take place in an open and participatory manner with the territories, so that that this new draft makes it possible to guarantee the real needs of the majorities, to advance in building a plurinational, feminist, equitable and respectful country of the diversity of peoples living in Chile.